David A.R. White can boast of having produced the sixth most profitable film in the history of cinema in terms of return on investment, just behind Peter Pan and Grease, nothing less: God is not dead (2014). Thirty-one million dollars in return for just over one that you invested.

God is not dead was the great success that catapulted Pure Flix, the film and series production and distribution platform and other productions for television that leads the North American market in the faith cinema sector.

White launched the project in 2005 in the DVD arena, and in June 2015 the service was born in streaming via Internet.

At the service of the family, based on faith
In two years it has consolidated with 250,000 subscribers and 7,500 titles in the catalog, with a very specific purpose: to offer in streaming guarantee videos for the whole family, also “inspirational and devotional”: a “safe place” where “whatever you choose is a good choice“, as he explains himself.

Married to the actress Andrea Logan (whom he met at a Malibu church) and father of three, David created Pure Flix to cover the “disappointment” of many families to sit down together to see what other platforms have to offer. 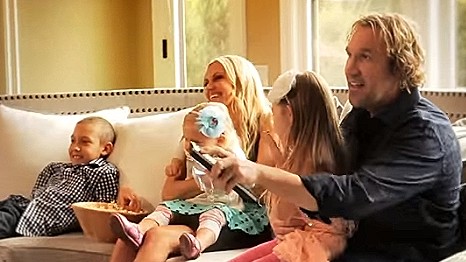 Born in Dodge City, Kansas in 1970, David grew up in a family Mennonites. Very young he moved to Los Angeles and began to participate in successful television series, such as Evening Shade (from CBS), who starred Burt Reynolds. Then I would make the leap to other productions such as Melrose Place and Saved by the Bell. Already with a fledgling name in Hollywood, he made some feature films and then began to get involved in the burgeoning market of the evangelical productions. In 2003 he married Andrea and two years later he became one of the four founders of Pure Flix, of which he is now CEO. The purpose is the same: “Create entertainment that can change culture for Christ.”

The productions, own or others, that Pure Flix offers as an internet platform are mostly of Protestant origin, especially with regard to fiction, but there are also abundance of documentaries and catholic series. 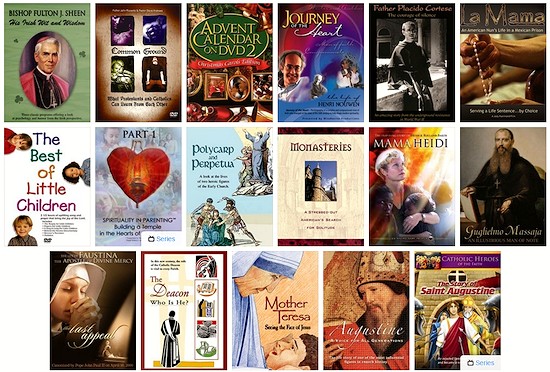 Some Catholic films, series and documentaries distributed by Pure Flix.

In his role as a producer, White is managing to incorporate some proper names with relevant careers in Hollywood: Jon Voight (Oscar in 1969 for Midnight cowboy), Mira Sorvino (Oscar in 1995 for Powerful aphrodite), Kevin Sorbo (protagonist of God is not dead) , Cybill Shepherd (Moonlight, series that launched her to stardom with Bruce Willis), Sean Asten (Sam en The Lord of the rings) … And for future productions it will have Renée Zellweger and with Rutger Hauer.

In this way, he makes a goal that he had had since he was 19 years old, and that did not have the approval of his father: conquer Hollywood. “We Mennonites have a joke,” he confesses: “We make Mormons look like a gang of Hell’s Angels! They are very conservative. They don’t drink, they don’t dance, they don’t smoke, they don’t go to the movies.” With those precedents, he did not have the initial approval of his father, pastor of the congregation, but in the end he followed his dream and is making it come true.

But in an environment that recognizes “hostile” to Christianity: “We live in a society that seems darker than twenty years ago. What is normal today, twenty years ago would never have been considered this way. On television, the content and characters that we see every day are much worse than twenty years ago. I don’t know if our society will go that way or not, but it seems like it, “he explained to Beliefnet.

Arguing the Resurrection
That’s why White and Pure Flix bring films to that society clearly evangelizing. They are currently promoting their latest production, The Case for Christ [El caso de Cristo], based on the bestseller of the same name that wrote Lee Strobel in 1998. Strobel, 65, is a former journalist from The Chicago Tribune, a convinced and militant atheist, who after the conversion of his wife began to study, intrigued, the figure of Jesus Christ. A) Yes discovered the authenticity of the Gospels and, above all, the fact of the Resurrection, which is the main message of the film.

The case for Christ is set in the year 1980 and has a cameo by Faye Dunaway (Oscar in 1977 for Network [Un mundo implacable]). Based on Strobel’s biography, it tells the story of a journalist from The Chicago Tribune (interpreted by Mike Vogel, Poseidon) who tries to demonstrate the falsehood of faith, for which he begins to investigate the existing data about Jesus. Among those interviewed (actors, but inspired by the real cases that Strobel consulted for his book), an archaeologist turned catholic priest. 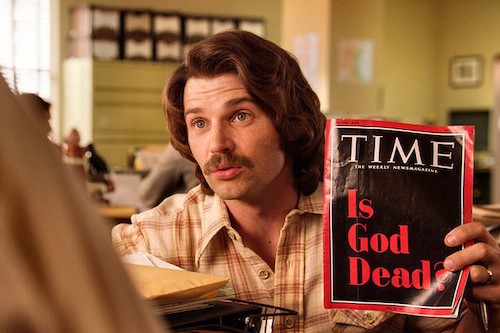 According to Catholic News Service, the news agency of the US Episcopate, The Case for Christ is a “defense of the rationality of believing”, and “those who are looking for an informal way to shore up their religious education they will hardly find something more suitable“.” Strengthen believers and challenge non-believers, “he headlines. National Catholic Register, which defines it as “A great film“.

Of the 700 screens that premiered God is not dead at 1000 islands Now is the jump that Pure Flix has taken, which has also quadrupled its investment: The case for Christ it has cost $ 4 million. But the prospects are very good, and in the first two weekends it grossed $ 9 million at the box office.

And seeking to please all Christians of any denomination: “At the foot of the Cross, all the same“, White sentence.

Many Thanks To The following Website For This Valuable Content.
Pure Flix, David AR White’s Christian Netflix: Faith-Based Family Movies and Series