On an unusually cold night in October (15), the lights in the audience go out, those on the stage light up and the first notes already shiver and awaken the emotion of those who haven’t seen a live show for nearly two years. Amaro Freitas opened this edition of Sesc Jazz 2021 with chords that couldn’t be more touching.

Amaro Freitas and his celebration of ancestry

Amaro followed his tour through his own compositions full of soul, and other versions, such as the beautiful Me and Breeze, from Johnny Alf, in addition to songs from House Salvador e Milton Nascimento. the unpublished show Ancestral Cumbe it was presented with emotion and perfect technique, worshiping ancestry. Besides being an excellent musician, Amaro Freitas is a sweet person and he told me about his relationship with the artists he chose to interpret on stage. He said that he feels an extension of these masters and there would be no way to talk about ancestry without mentioning these names.

We speak especially of Johnny Alf, “a genius that did not have the due recognition, as the Brazilian whiteness had”. Ancestral Cumbe it was a great tribute, an immense joy, after all this time, to watch a beautiful spectacle in the cult of ancestry. 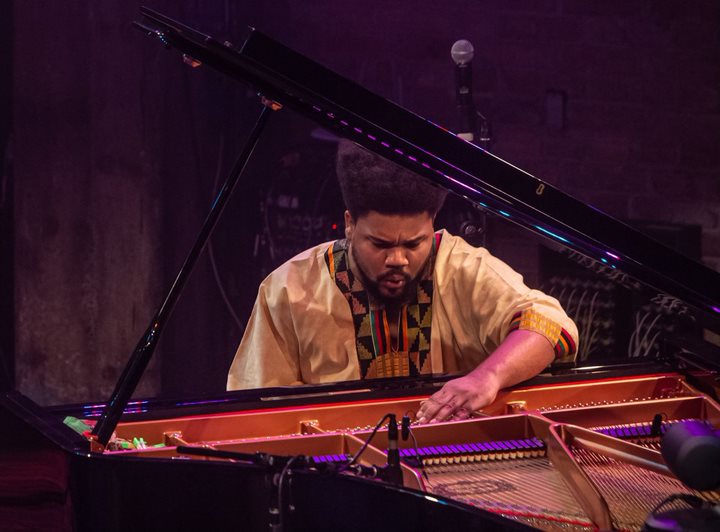 Ancestry was also the theme and cult of several other artists. Of course the more traditional ones were wonderful, as always, Joyce with the participation of John Donato, Hamilton from Holland, Brazil wood, Toninho Horta, Trio Curupira Where Hurtmold and the amazing percussionist Paulo Santos (ex Uakti), had the special participation of Jorge du Peixe and performed an absolutely delicious show. 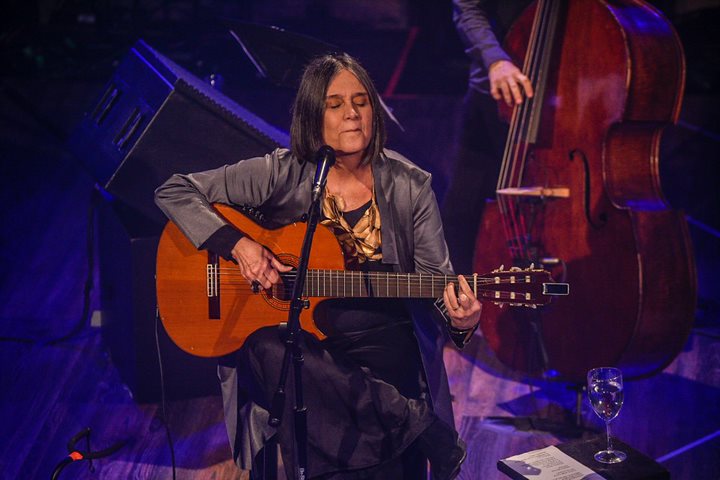 All exquisite and moving, but I’m going to stick especially to the new names, because I thought this was the highlight of this edition, which featured mostly Brazilian artists. Some have been on the road for some time but are coming to the attention of a wider audience now and others who have started work recently.

I had the honor of talking to some of the participants, in addition to the aforementioned Amaro Freitas. THE Radio Diaspora performed on October 22nd, the day after my birthday, with the show Cachaça Ensemble. 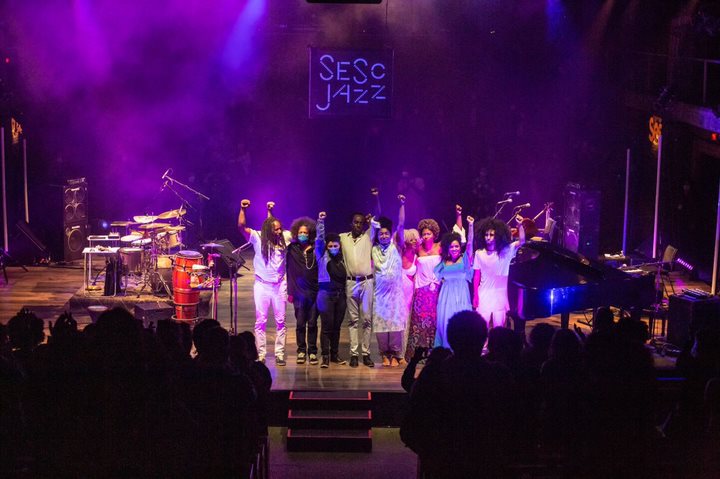 What a gift! The duo started the show with improvisations on top of a sampler of the famous speech by Martin Luther King ”I have a dream”, a 50-year speech that unfortunately still has so much relevance In the opinion of the musicians who came together in 2015, the debate on racism came to the fore, but we still have a long way to go before reaching the so dreamed ideal of Luther King and all who share his conscience.

Wagner Ramos (battery and electronics) and Romulo Alexis (trumpet, flutes, voice) mix experimentalism, improvisation, free jazz and had the luxurious company of Bernard Moon (bass and flute), Luiz Viola (keys), Thayná Oliveira (cello) e Paola Ribeiro (low). “We’re not here to amuse you”, were Romulo’s words at the beginning of the show. And really, at some point, they take the audience out of their comfort zone.

His creations have unique anger, protest, vigor and beauty. “The noises that we like to use in our sound, we understand as an exorcism, the scream in black music has this function, of healing traumas”

The mines at center stage

Day 23. Instead of chatting and watching one of the shows I was most looking forward to. THE Jazz das Minas, a collective only of powerful, wonderful women, who got together in 2019 to perform in Angola and luckily, they were in this edition of Sesc Jazz. 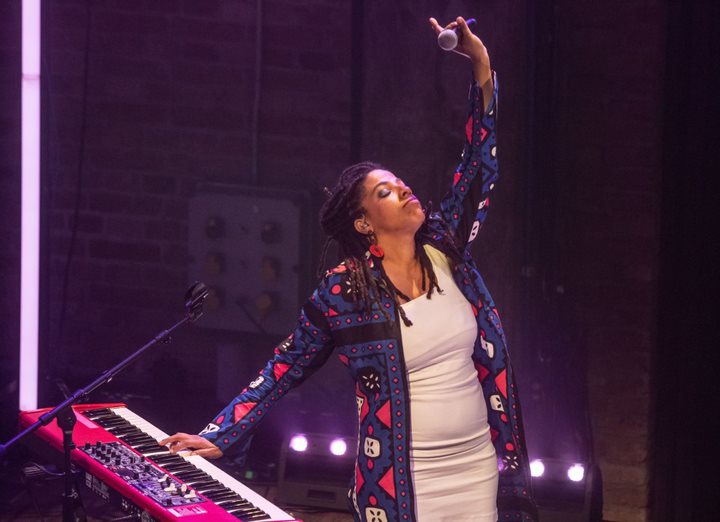 Our chat was delicious. You could feel how they are really fans of each other and that relaxed atmosphere transpired into the show as well.

“Our sound is afro-samba-jazz. A great mix of African and Brazilian rhythms, but jazz is there, in the arrangement, in the improvisation. We are not purists because we use each one’s musical dictionary, which is very rich and this is the most positive point of our music”.

With interpretations by big names like Moacir Santos, Nina Simone, Ivone Lara, Gilberto Giread compositions of Maira, they made a beautiful presentation. Mutual admiration was transformed into joy and fun, where Maíra was especially relaxed, bold, the owner of the stage. All with an incredible presence, very pleasurable to see these women rocking and playing with such mastery.

Emotion and party at the closing of Aniel Y El Quilombo

The closing with the Cuban bassist and arranger Aniel Someillan, who performed together with the musicians Eduardo Espasande (Percussion), Rodrigo Digão (drums), Oscar aldama (Piano), Fabio Leal (Guitar) and guest appearance by Luedji Luna (voice), it was absolute.

Aniel told me that she arrived in Brazil in 2014, she liked it so much that she ended up staying when she joined the Tom Jobim Youth Orchestra, fell in love once and for all. The show was composed of his own compositions, the debut album, Quilombo, in addition to Cuban classics and versions of Brazilian songs. The artist believes that the study of our music has helped him a lot in his creative process, his creations generally arise from rhythm and are greatly influenced by the rich harmony found in Brazilian music, but it is a mixture, a beautiful mixture, with Cuban jazz , salsa and traditional jazz. The interpretation, with Aniel’s own signature, of the song Song of Shango, by Baden Powell, was one of the show’s most emotional moments in a show that was a huge party.

“I was so comfortable that for a few moments it crossed my mind that I was in the living room of my house, playing with friends. Sesc’s production was so perfect, we only thought about the music, it was very natural.”

I could feel it, and it’s good that we were able to be in this “room” to enjoy this enchanting presentation. On November 5th, Aniel releases the single from the new project Ilu Trio and a new album next year, composed during the pandemic.

These are just a few of the artists who participated. This edition of the festival had a very symbolic movement, in my opinion, with the return of these black men and women presenting their music, in unison with the rescue and cult of ancestry, each one in their own way. With repertoires in search of diversity and black power.

Jazz “whitened” quite a bit for a while and this return to where it started, black music, was quite significant. The Count Favela, who is public and notorious that I’m a big fan, with an exciting show that mixed experimentation, free jazz, samba jazz, with passion and the search for the expression of black music and culture. They brought songs from their debut album (Themes for Times of War) and new compositions. 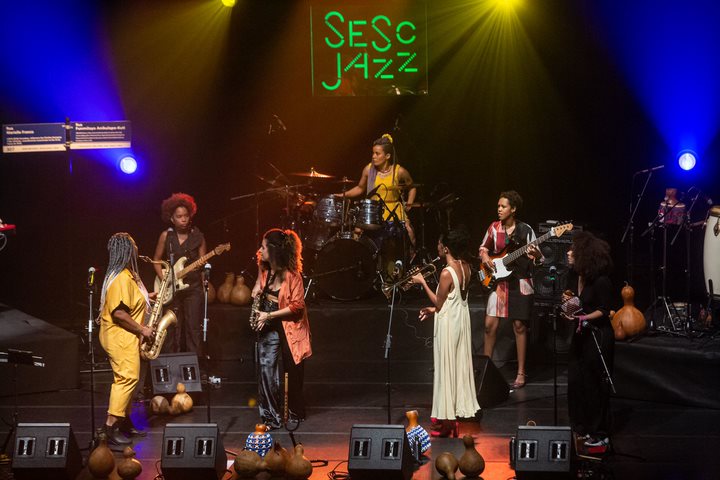 THE Funmilayo Afrobeat Orquestra, created by Stela Nesrine (voice and sax) and Larissa Oliveira (trumpet), in honor of the Nigerian activist Funmilayo Anikulapo Kuti and formed by women and LGBTQI+ people, it also had an incredible show that mixed samba, afrobeat, jazz and funk and was very powerful.

the american singer Alissa Sanders, who has lived in Brazil for 23 years, presented herself with emotion and a lot of beauty. The show had the participation of Anelis Assumption. Bufo Borealis also did a beautiful show performing the debut album horizontal pupils and unpublished songs. 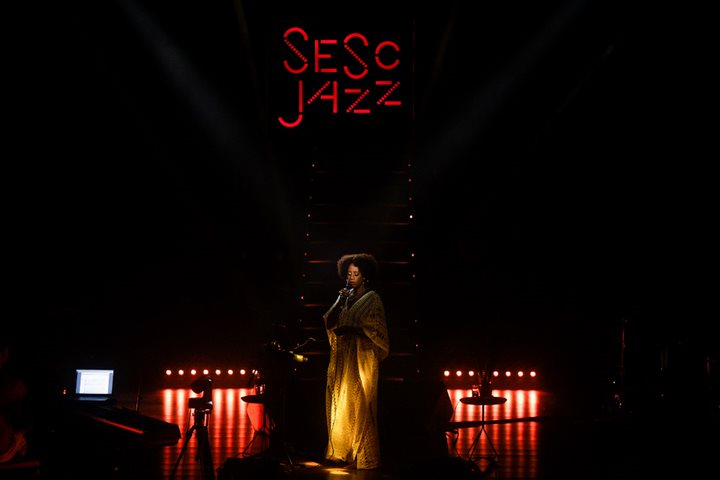 There were many, many amazing artists, the thrill of going back to attending shows in person, the vibe of the audience, meeting such remarkable people after all this time.

No one I know was unscathed from this difficult period, people got sick, or depressed, or had money problems, or all of that together, and many, unfortunately, left. Including the great master Letieres Leite, who died during the event and deservedly honored in several shows. This context, combined with the festival’s impeccable curatorship and production, made Sesc Jazz 2021 especially essential. I’m already looking forward to the next one.

Adriana Ararake is a DJ and an expert in Jazz, Soul and Blues for Music Non Stop.