Subscribe to NewscastStudio’s newsletter for the latest in broadcast design and engineering delivered to your inbox.

“The new framework in which we present our news is attractive, contemporary and supports the information: It is always about the content, it is the accurate and seriously researched facts that count,” said ZDF editor-in-chief Dr. Peter Frey.

“With the redesign, we are concluding a modernization project that began with the relaunch of our online news service ZDFheute at the beginning of 2020,” said Bettina Schausten, deputy ZDF editor-in-chief. “This is our ZDF business card on television and on the internet. We are bundling our information skills in the new Studio N, and are more compact and focused”

ZDF first launched a virtual studio in July 2009, with the new look following in its footsteps and design vernacular, mixing an abstract virtual world with layers of information.

Inside the 3,000 square foot Studio N2, a complete overhaul has been undertaken by the broadcaster including a modernization of the lighting grid, camera system and adjoining control room.

Ahead of the studio upgrade, the now-former set of “Heute” was relocated to Studio N1, which is expected to see an overhaul next.

At the heart of Studio N2 is a Mark Roberts Motion Control Talos camera rig which allows for smooth movement on-air. This motion control rig, which includes rails and a crane, is combined with multiple Ikegami cameras using Canon lenses on Vinten pedestals for additional flexibility.

Often used in commercial and motion picture settings, the camera rig from Mark Roberts Motion Control is continuing to appear in news and sports applications, such as in Eurosport’s “Cube” virtual studio.

For the lighting grid, 70 Kino Flo LED panels have been utilized with the Celeb 250 model the primary light panel of choice. 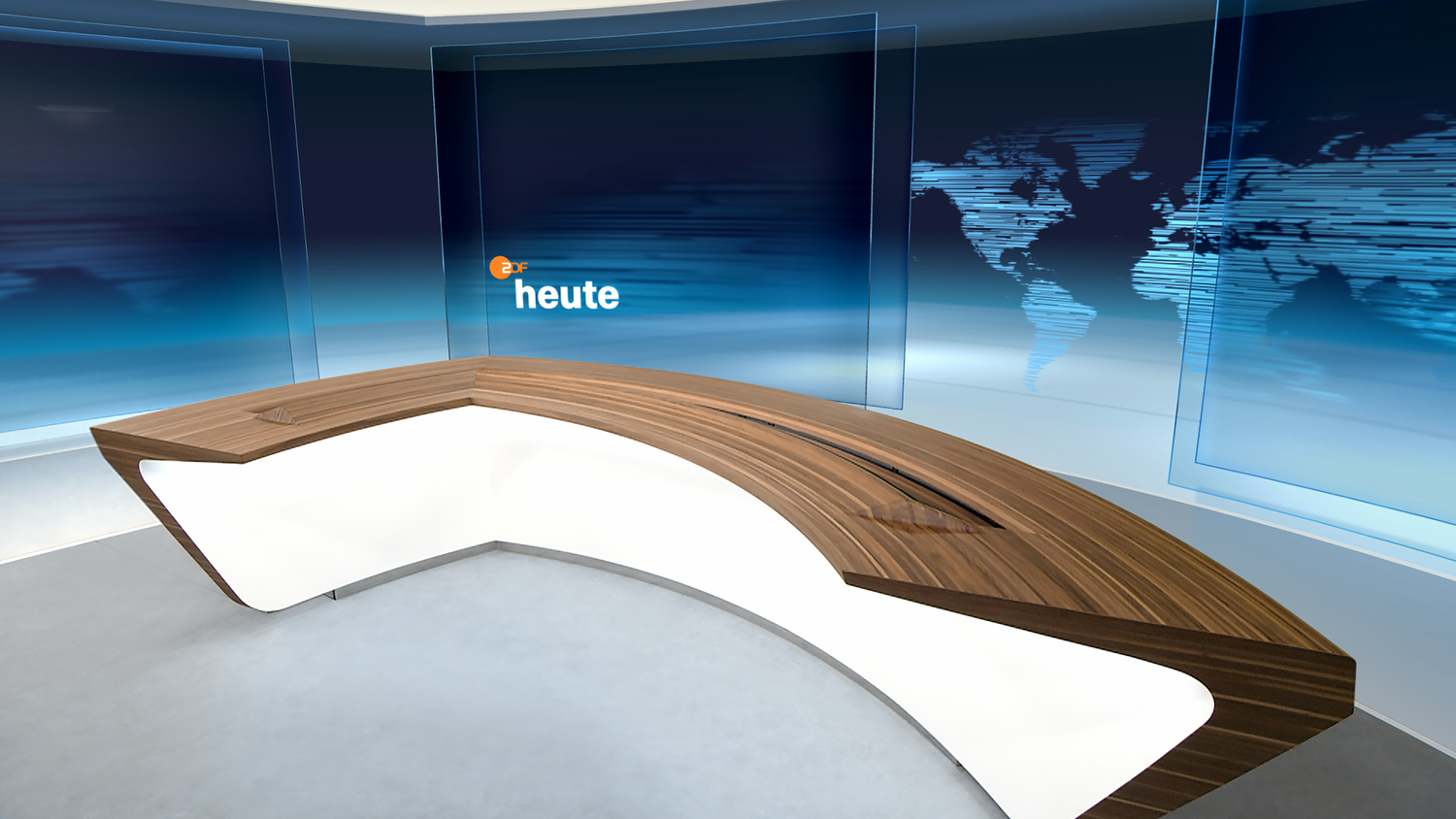 The set’s minimal anchor desk includes a new shape that ZDF notes is meant to make it easier for talent to interact with virtual elements with Billionpoints leading the design.

Compact and appearing to “float” on a brushed concrete riser, the desk features real wood cladding and a white Corian stone front with integrated lighting.

Wrapping the desk is a virtual surround made up of three virtual panes of glass and a ceiling piece. This ceiling includes cove lighting effects to ground the space with some real-world architectural elements.

Design wise, ZDF has rolled out not only a new studio but also a new on-air look that focuses on a refined globe created from a series of lines from agency BDA Creative. These lines create movement in the title sequence before transitioning to the studio and appearing as an element behind the presenters. 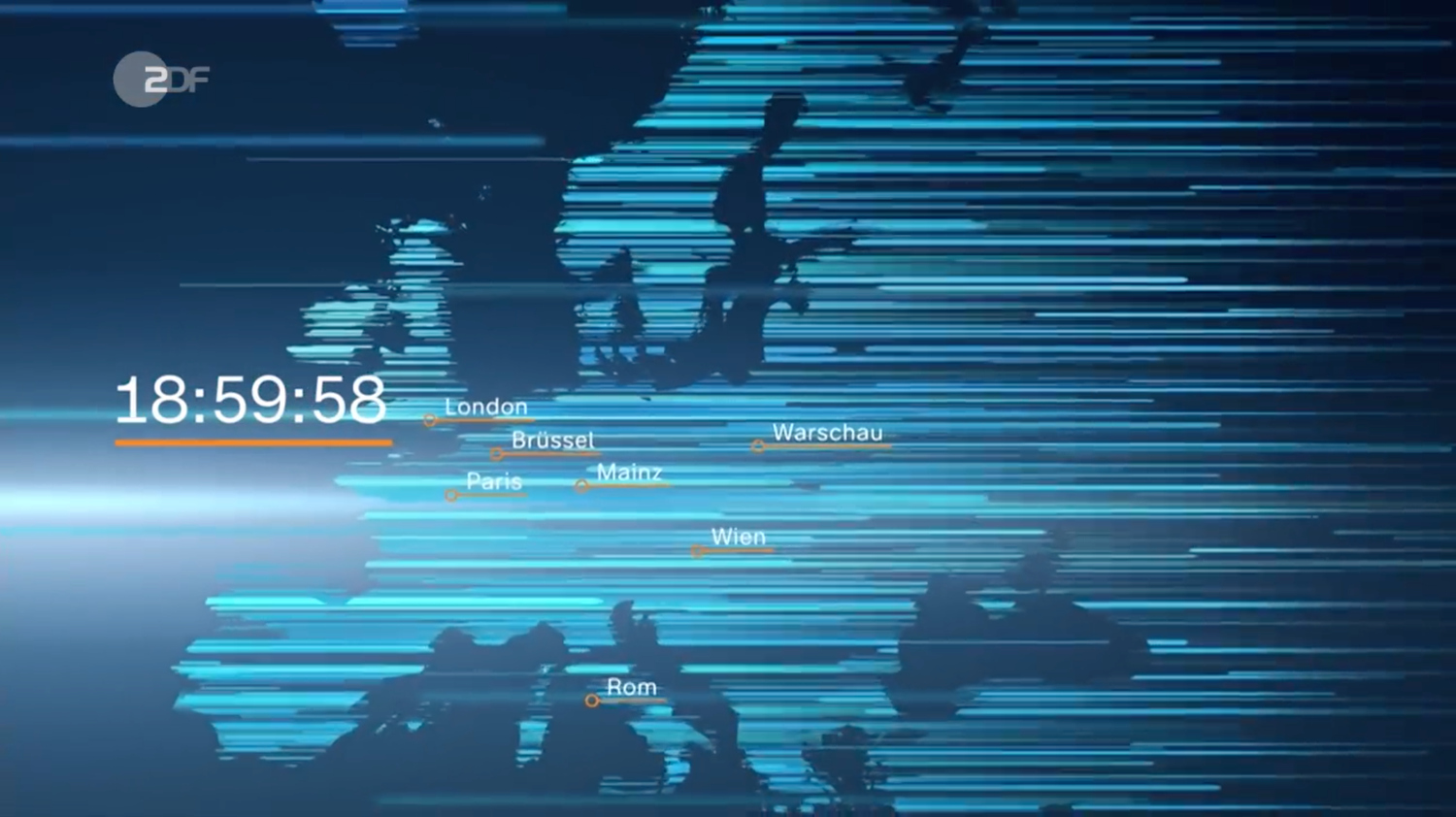 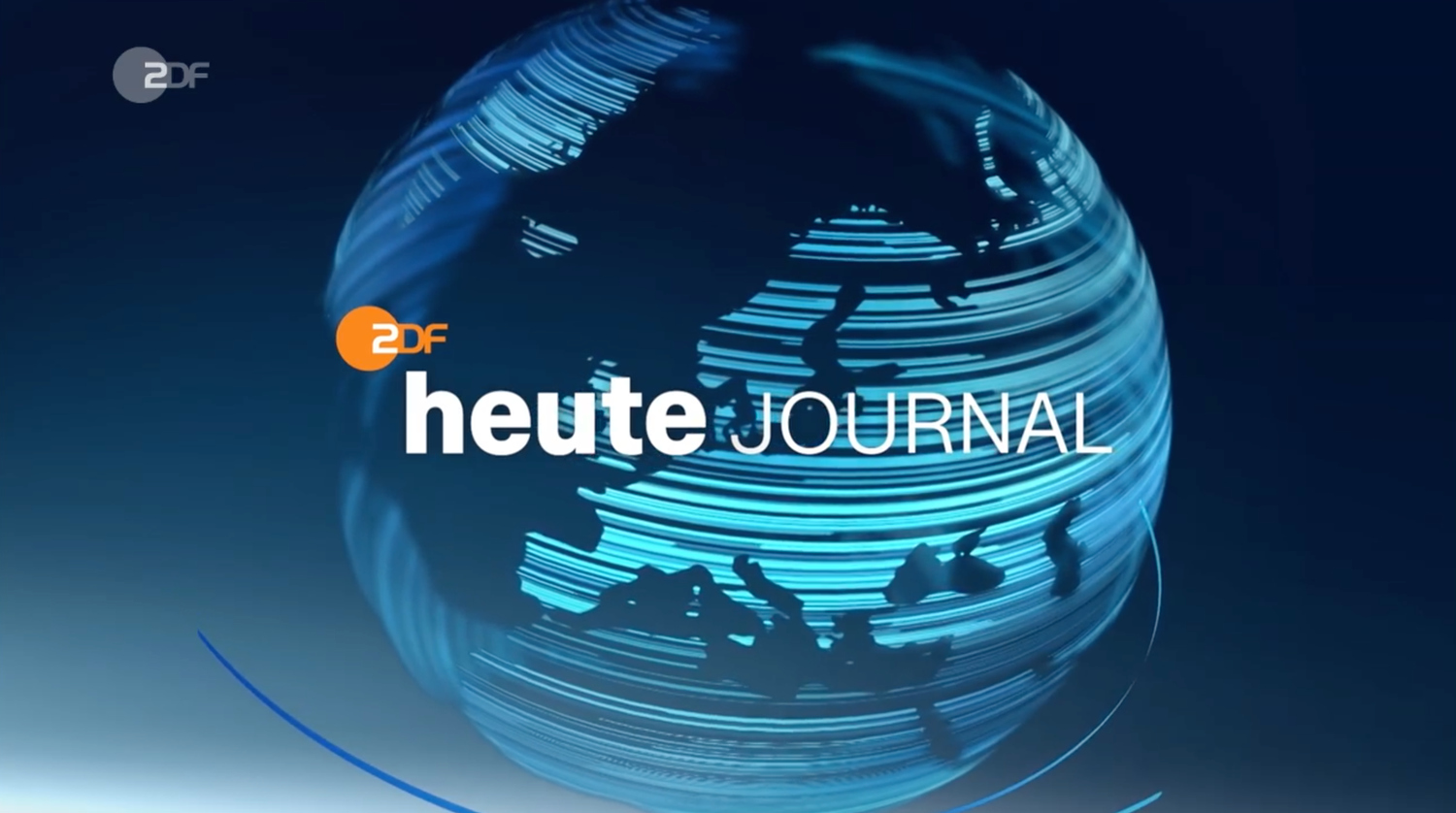 Depending on the broadcast, these lines can form Europe or the entire world.

Throughout the broadcast, the set’s virtual glass panes combine with the lines to add layers of opacity to the space, with topical stories also appearing in the panes. 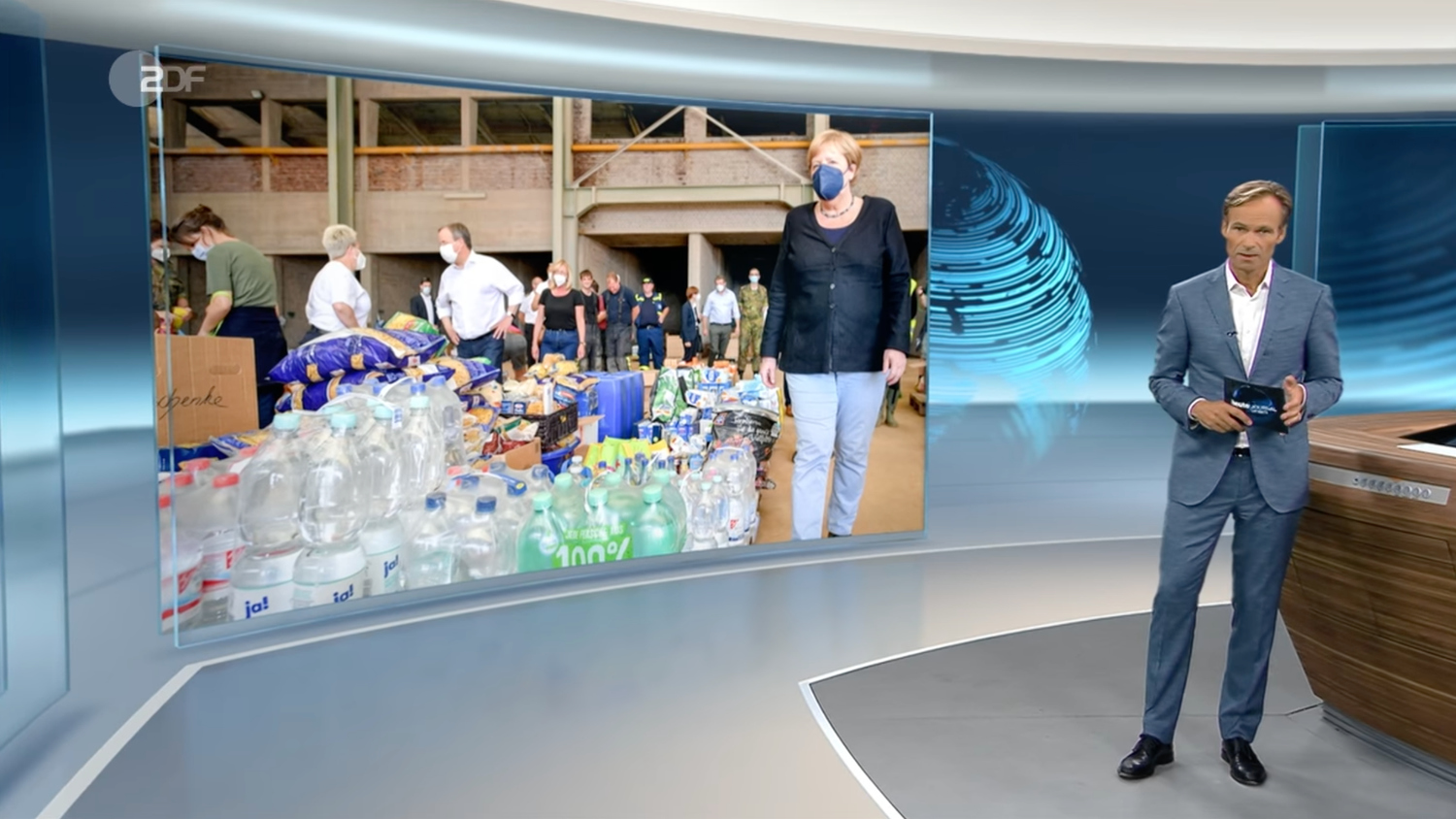 Meanwhile, the other insert graphics for “Heute” feature a minimal design style and animation.

For “Logo!,” the children’s news program of ZDF, the panes disappear and the overall virtual design takes on a more vibrant hue with the addition of exaggerated versions of the pill-shaped lines.

The globe motion also appears in a slightly different form, becoming an augmented reality element in studio with the presenters.