Isover in Etten-Leur managed to obtain a permit for 865 tons of NO . in the middle of the nitrogen crisisx and 322 tons of NH3 with the province of Brabant. This amount can be compared with the emissions of 280 dairy farms.

A reconstruction
In 2017, research into the compliance of the industry with the nitrogen regulations showed that 1/3 of the large-scale industry in Brabant did not have a Nature Permit (NB permit). We continued to follow a number of these companies in the permit process.

One of these companies is Isover. Without a NB permit, this company emits a large amount of nitrogen near the vulnerable Ulvenhoutse Bos. We raised this in various debates and in the end we were assured that a suitable NB permit would be obtained.

After a permit had still not been issued in 2020, environmental organization MOB submitted an enforcement request. The treatment has just taken place. As a result, it has now become clear how Isover was able to enforce an exorbitant license by playing the game smartly.

The province of Brabant rejected the enforcement request on 31 July, stating that Isover has meanwhile submitted a permit application based on ‘internal netting’. So far that’s good news. 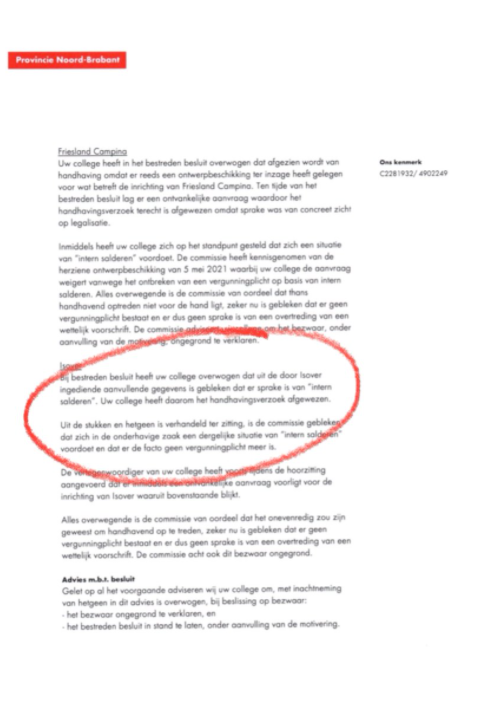 But Isover appears to be filing a NB permit application for 865 tons of NOx (nitrogen oxide) and 322 tons of NH3 (ammonia, ‘farmer’s nitrogen’). Instead of an appropriate permit for their actual emissions, the company wants to get all the latent space from the past licensed. 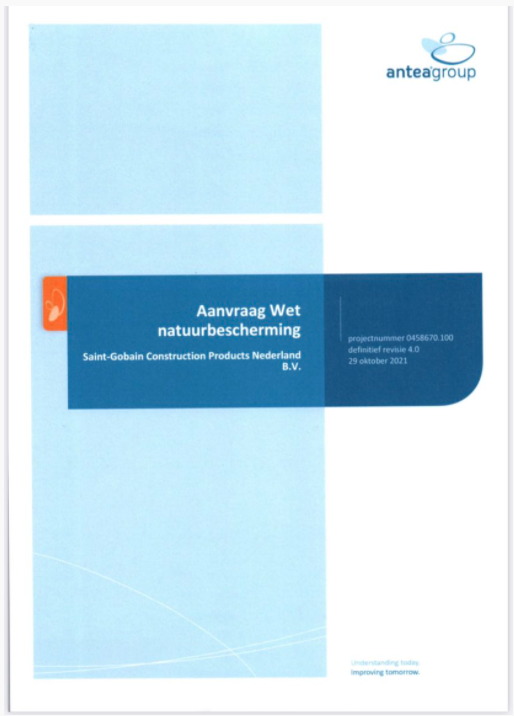 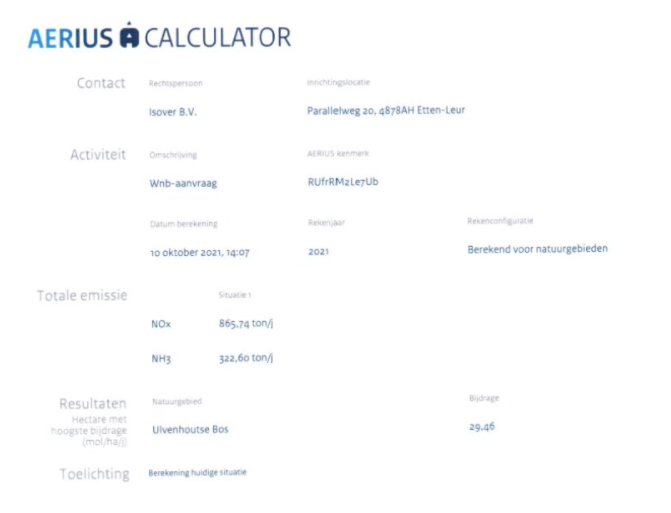 Isover can do this because the company has never applied for an NB permit and can therefore rely on ancient ‘rights’ from 2000. In reality, the company has been emitting 6x less emissions for years than in 2000, according to the environmental annual reports.

The Province of Noord-Brabant judges that the application falls under ‘internal netting’ and therefore will not lead to additional natural damage. Because internal netting is no longer subject to a permit requirement, the province will not take any enforcement action.

Rather than being penalized for operating for years without proper wildlife permits, Isover is being rewarded for years of negligence and a lack of county oversight and enforcement.

But Isover wants even more. The company is also filing another ‘positive denial’ request on its application for 865 tons of NOx and 322 tons of NH3. With such a positive refusal, the towering NB license becomes legally watertight and therefore tradable. 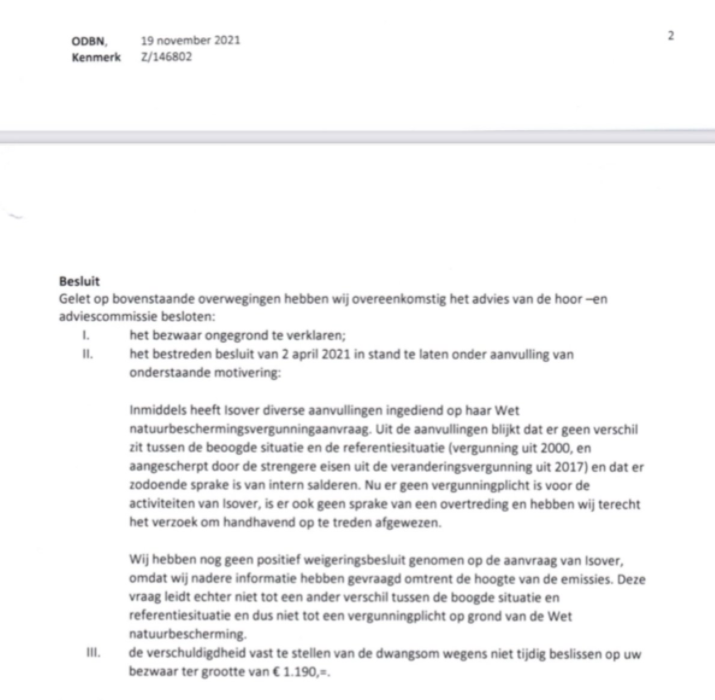 Gold, and not the only one
With that, Isover gets its hands on gold. The sustainable insulation maker can also monetize the extra nitrogen space that the company does not need at all by selling that space through external netting for other developments such as road construction and construction projects.

While plenty of agricultural companies in the Netherlands will be bought up, whether or not by force, Isover received a permit for the size of no fewer than 280 average dairy farms. Free and for nothing.

And this is just one of the many industrial companies in Brabant that are currently playing this trick. In total, this really concerns tons of non-existing nitrogen emissions that are still being licensed. Such licensing puts a huge bomb under the entire nitrogen approach.

As far as I am concerned, this case shows that a ban on the trade in fictitious nitrogen space must be introduced as soon as possible. We will submit a proposal for this in the States of Brabant as soon as possible, but in many cases we may already be too late.

Visiting a dairy farm in Etten-Leur that has already significantly reduced nitrogen emissions.

5 km away, Isover emits 52 tons of ammonia annually without a permit, without the province enforcing this. I can’t explain that. That is not a fair policy! pic.twitter.com/FUBtYcOgVW

While we submitted the proposal on 3 July 2020 to ensure that all companies around the Ulvenhoutsebos Bos had their permits in order (rejected), an exorbitant permit for Isover was being prepared behind the scenes. https://t.co/9fJUdGvw1P pic.twitter.com/W4GhDPqIDX