If you were like me, you probably didn’t hear much about Free Guy (if at all) except a handful of times last year and closer to its release date this year. If you were like Deadpool, you probably thought it had already come out last year. But much like many movies this year, Free Guy was an unexpected and fantastic surprise that you didn’t see coming. Centered around the idea of an AI-based, non-playable character (NPC) in a video game that believes it is real, this movie is made for a wide audience; from kids to gamers, fans of Ryan Reynolds, celebrities, and YouTubers, and anyone who enjoys a feel-good movie, especially in a year that’s been less than pleasurable.

The writing here holds up well. There is a good mixture of comedy, action, romance, drama – something that hits every range of emotion but not so deeply that you are drowned in it. It’s not a movie that moves or inspires you, but that’s also not the goal of the movie, either. It’s the kind of movie I imagine that writers and stars love to create over a weekend as a “just-for-fun”, where you’re not trying to change the world but you are enjoying it. The character development for Guy, the protagonist, and Ryan Reynold’s character, was done very well as you were going through his experience along with him as part of the audience. The other characters were not developed as much, but you had enough backstory to connect with them and enjoy their presence without being distracting. The only character that I didn’t enjoy in the movie was the antagonist, Antwan, the CEO of the gaming company that Guy lives in, “Free World”. I found him to be annoying and unrealistic. I’m sure the writers were probably going for that, but it was a bit distracting, unrealistic, and could have been toned down. Except for the occasional funny quips here or there, they could have done what Antwan should have done with his new NPC, Dude: spent a little more time making him better. That said, every movie has room for development and if this was the major flaw in it, I still consider it a success. 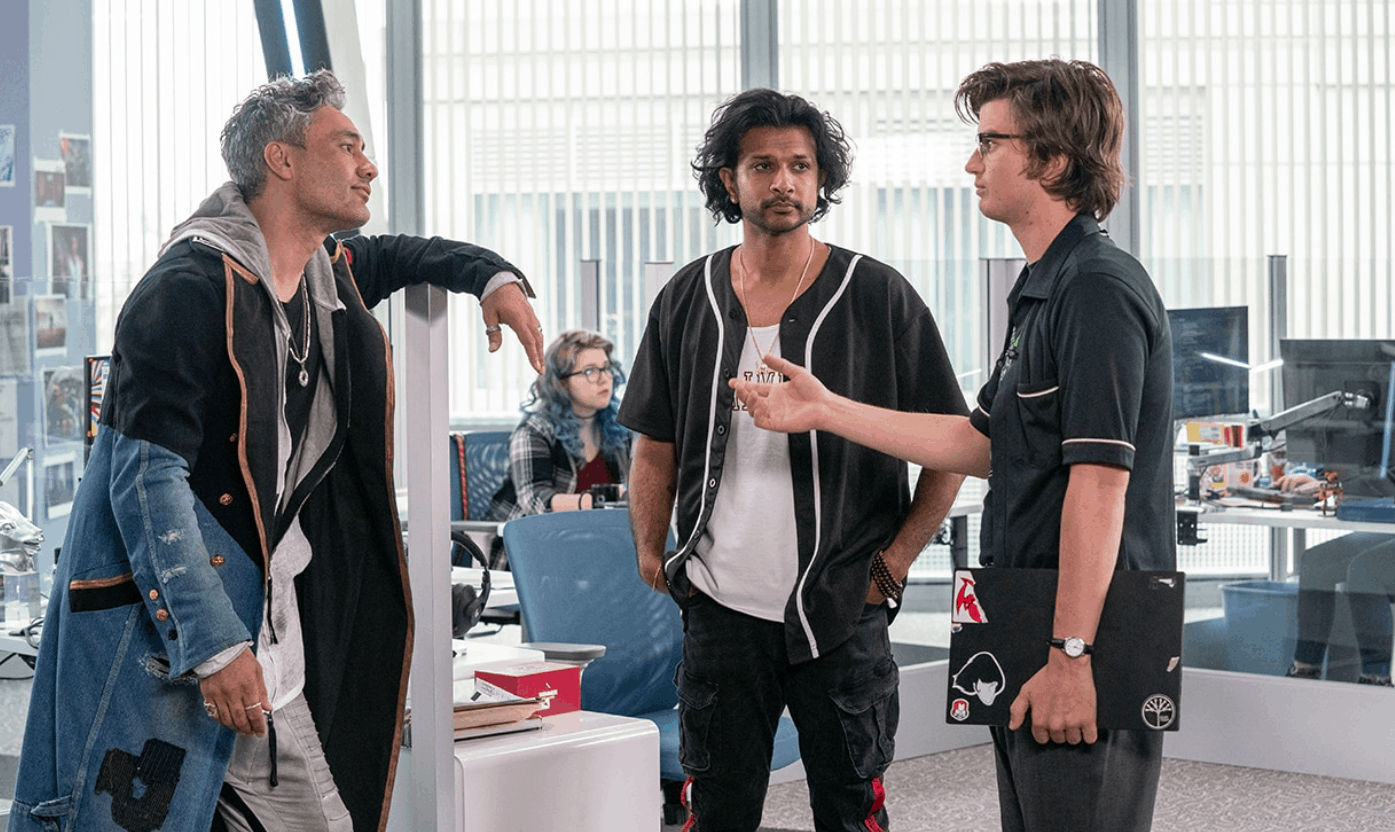 In regards to story and production, this is one of the few movies that is centered around being inside a video game, and I think they did a great job pulling it off. The transitions between being inside the video game and the real world were so well done. They mimicked popular video games that the casual gamer could have spotted such as “Fortnite” and “Grand Theft Auto,” as well as incorporating wonderful Easter eggs (for the lack of a better word) that you see as a gamer (for example, in one scene as you watch the protagonists talk to each other, you see a vehicle in the background randomly changing colors just like what you may see when you’re playing a video game). The graphics were developed well for the big screen. It only gives you the impression that you’re in a video game, but that’s the point – you’re not playing a video game, but you’re in one. So the editors and VFX artists did a great job capturing this for the film. 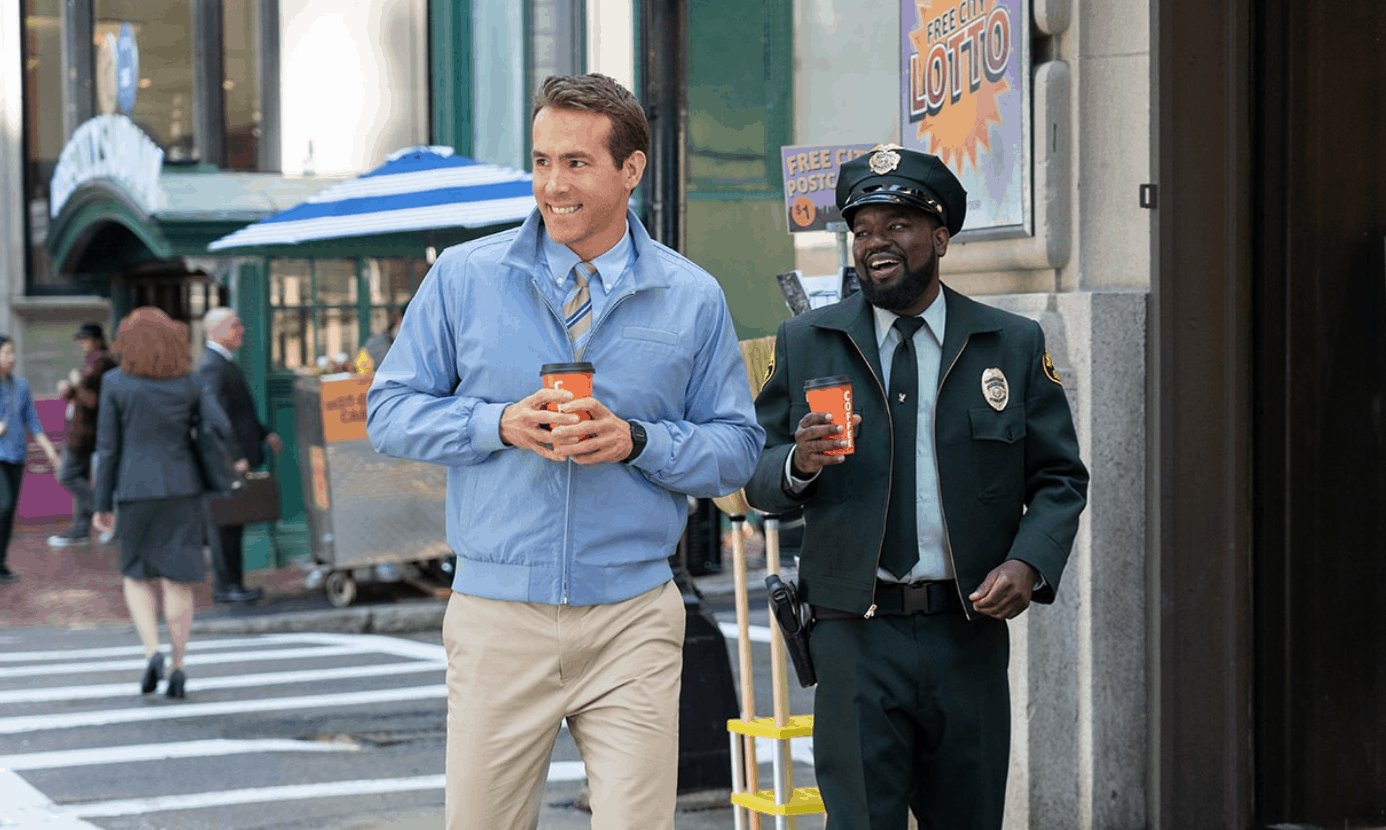 The acting was fantastic. Ryan Reynolds at this point is golden with anything he touches as he’s a triple-threat actor: he’s got the acting, the action, and the attraction. Playing Guy’s best friend, Buddy, is Lil Rel Howery whom I had never seen in anything before this movie, but he was also fantastic. He nailed his character so well with a perfect blend of comedy and emotion that makes me want to watch him in more films. Playing the main love interest of Millie was Jodie Comer, who also did a great job. There were moments where I wasn’t too impressed with the character but it was hard for me to tell if it was the writing or the acting (or both), but she owned it so well that it is really hard to picture anyone else playing that part, especially knowing that she was the one that sings the finale remix of “Fantasy” towards the end of the movie. I can go on about each actor in the movie and how well they played the part (even Taika Waititi who played Antwan); it’s a stellar cast and every role contributed and wasn’t a wasted or throwaway character.