Watching any film in the Fast & Furious franchise, you can’t help but wonder whether Sir Isaac Newton and Albert Einstein would be amused, or appalled, by the gravity-defying action sequences. There has been a long-standing joke that the only place left for the story to go is outer space; then filmmaker Justin Lin (Better Luck Tomorrow) did that very thing in F9: The Fast Saga. Peter Chiang (John Carter) serves as the production visual effects supervisor on a F&F film for the first time, while Lin returns to the helm for the fifth time. Main vendor DNEG handled 2,200 VFX shots, with teams totalling 2,000 artists, based in London, Montreal, and Mumbai, working on the high-octane sequel.

“I also did Fast & Furious 6, which had its own physical challenges with tanks flipping and planes crashing,” remarks DNEG VFX supervisor Daniel Rauchwerger. “In every movie you push it a bit further. On this one we had to flip a truck with two trailers and throw a car over a ravine with a rope against a tire. There are a lot of things that betray the rules of physics, but our main challenge was still being able to sell the illusion that the physics work. We keep adding layers to make it more realistic. When the truck flips, we buried its front end into the ground and adjusted the rear axel to justify the rigidness required to make the move instead of the truck folding onto itself.”

To prepare for some of the biggest action sequences, previs and stuntvis were often combined. “On the day sometimes something else looks better, but we did have a clear plan,” Rauchwerger notes. “We would do techvis of our visual effects work, try to animate something, and then ask, ‘Did that feel right?’ Peter Chiang is a gifted painter, which made things easier for us.” 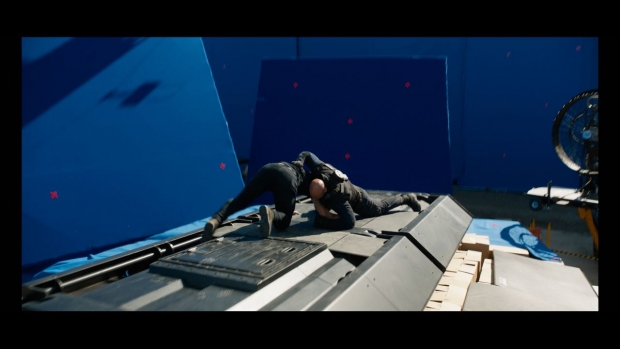 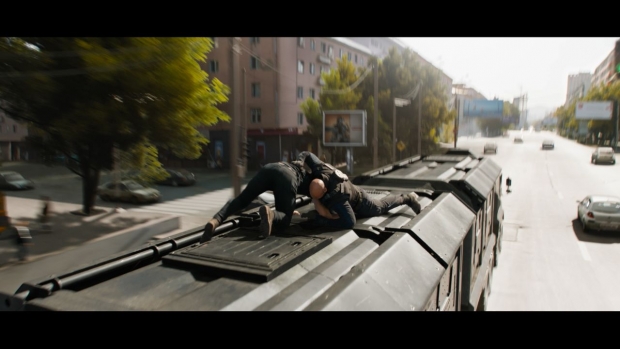 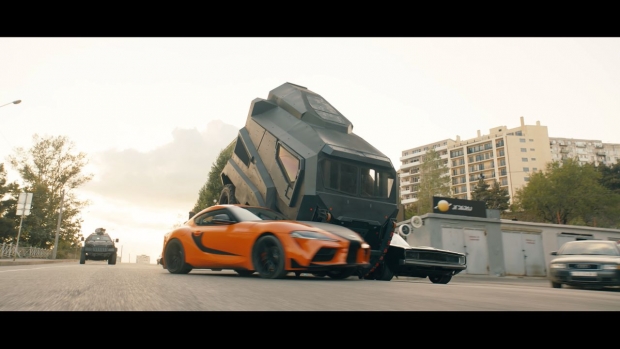 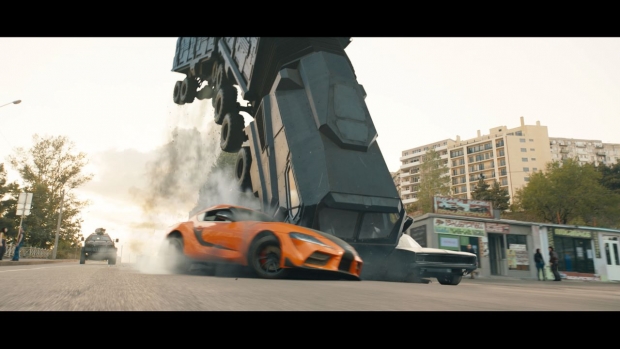 In the film, each cast member has a specific vehicle that becomes a hero element. “For F9, we took it to next level and recorded IMU [Inertial Measurement Unit] units to learn how the vehicles moved around,” the VFX supervisor explains. “If it’s a tank or a Dodge, they drive differently. We designed a course that gave us all the different rotations, S turns in two different directions, braking, starting, accelerating, and rough and smooth roads.”

Anything that happened onset to the stunt car was applied to the CG version. “We had to create a linear understanding of how the car was damaged throughout a sequence,” he continues. “We had to scan the different states of the car before and after a stunt. There was a high level of detail in the modelling, texturing, and animation because if the car is not built properly, once you start moving the camera around, the lighting won’t sell it.”

Every stunt was attempted practically, no matter how crazy. “There are moments where you have to move into CG because the stunt didn’t work perfectly, or the car reveals itself to be a lighter weight, or the environment doesn’t match,” states Rauchwerger. “It was nice to have a show that doesn’t lean towards the visual effects. We do it when it’s needed.”   Not all the visual effects involve cars; there is a rooftop chase where Jakob Toretto (John Cena) fires a harpoon gun to create a zipline between buildings. “When we were doing that Edinburgh sequence you don’t notice the cars as much because there is a lot of action happening on rooftops and jumping out of windows,” Rauchwerger says. “It’s how everyone commutes these days! You jump out of a window, land on a truck, and start running. There was a lot of cable rigging work and face replacements. There were lot shots captured onstage, and we had to build the city around them.” 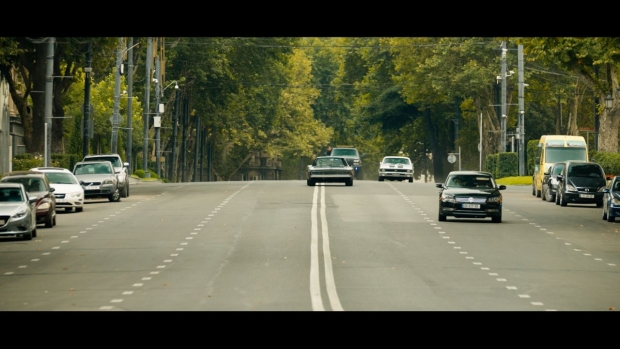 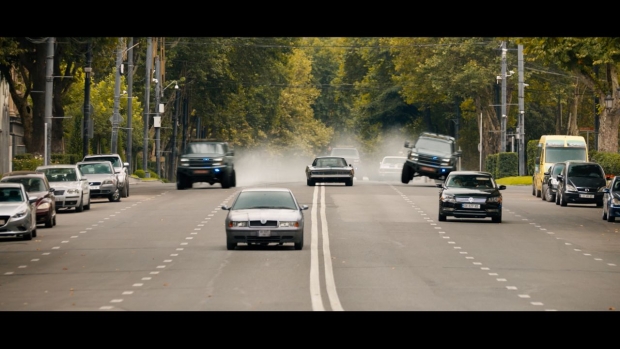 Jakob and Dominic Toretto (Vin Diesel) jump from vehicle to vehicle during the chase. “It’s called the Frogger Sequence [named after the arcade game from the 1980s],” chuckles Rauchwerger. “There was a lot of computing about how different elements move. Cars are driving in different directions on the street. People jumping from car to car. It had to be treated like one of the car sequences. We had camera arrays to give a 360-degree view of streets from the various heights so we could use the real location with the actual movements. It had to be done multiple times to capture all the intricate details, from the extras on the street to the cars and timing of when one car passes another car, combined with the stunts on top of everything. We would rotate our elements to make sure the lighting was matching exactly, because once the lighting breaks very quickly it becomes a composite. We wanted to make sure that a shadow matches a shadow, and a highlight matches a highlight in the background and foreground. Some shots had more than 10 different elements combined into one at the same time. It was quite an interesting sequence.”

Several environments had to be produced, such as a jungle. “We could not move into a sci-fi/magical look that helps unify things,” notes Rauchwerger. “We had to work seamlessly with photoreal plates and say, ‘We have 50 different types of trees.’  We had to create not one mountain, but a whole island that looks like the background for this shot. There are different types of palm trees. The grass and gravel had to be collected on the day. Our team picked up all this information in order to model it. We went to quarries to learn what happens when you slice a rock. We worked with concept frames but needed the flexibility to get them into a moving shot. The concepts had to be done in 3D in order to have something that was correct for the lens; once approved, then you can fly through it. It was challenging system to be able to create and render something that gets all of the levels of details.” 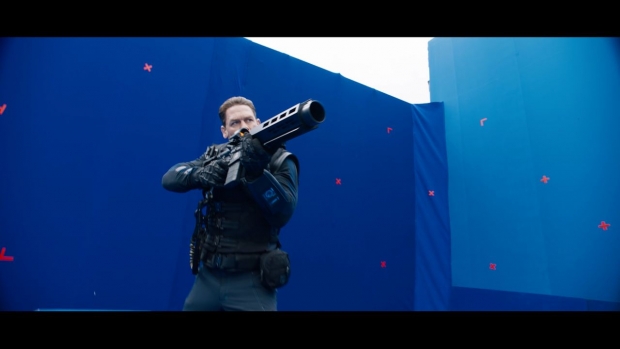 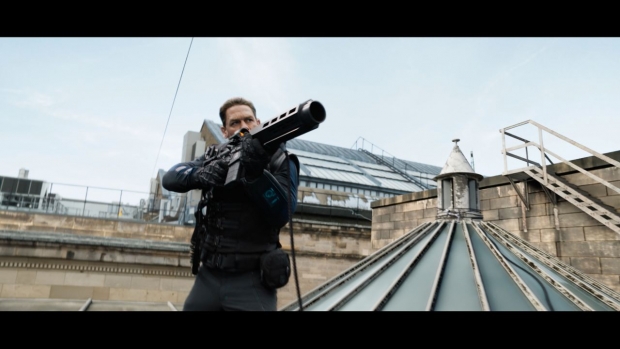 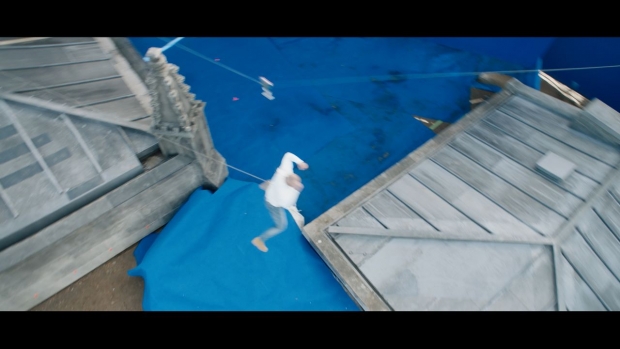 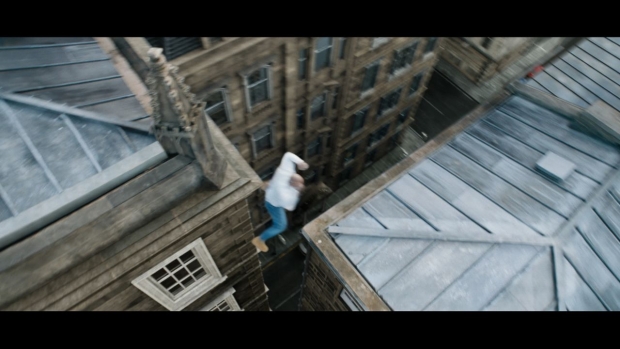 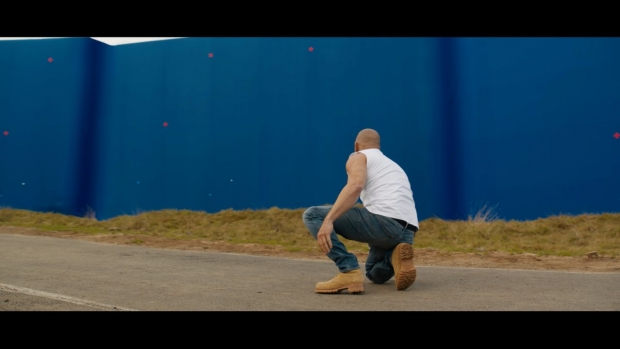 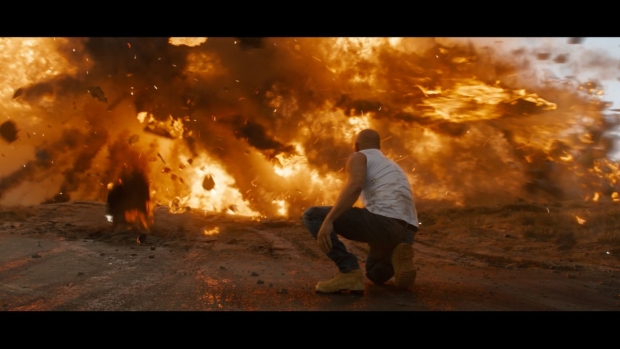 “We had a system of stages so we could develop a look that works for the immediate needs of the different departments,” Rauchwerger continues. “If the truck is on a road and hits something, that had to be locked early so that animation, effects and compositing could work with it, while still leaving us enough space to refine the details of the different layers.”

As for heading into outer space, Rauchwerger is sensitive about giving away spoilers. “It was an interesting sequence,” he reveals. “We have a jet car sitting on top of a plane. The visual effects are in the background.”

Reflect on his team’s efforts, the VFX supervisor shares, “I’m proud of all of the work that we did on this one. Fast & Furious has another layer of giving people this challenge of wondering, ‘How did they do that shot? They must have had a special rig that pulled it.’  They’re not even close! It’s like a good magic show.  You think that you have an idea of how this misdirection happened but you’re wrong! I’m proud of the team that worked on F9, especially considering the difficult circumstances [caused by the pandemic]. There were a lot of artists working. I feel like we could have taken over a small island! It takes some power to be able to focus and make a pretty picture even though outside the world sometimes felt like it was on fire.”