After six months of rest, finally tomorrow the NFL returns to the television screens and the stadiums of the 32 teams with a new season, where the Philadelphia Eagles, current champions, will debut and defend their title against the Atlanta Falcons, finalists in 2017.

But so that these 24 hours do not become eternal, we suggest you watch a series to warm up your engines and arrive with NFL mode at the kick off of this new season. This series is Ballers, produced by HBO and featuring Dwayne “The Rock” Johnson, the highest paid actor in Hollywood, as the main attraction.

It tells the story of Spencer Strasmore (Johnson), a successful American football player who seeks to emulate his sports career as a financial advisor to the great sports stars. All this accompanied by his faithful squire, Joe Krutel, played by Rob Corddry, a financial advisor who bets on Strasmore as a hook for his advisory company.

Forbes Life Mexico had the opportunity to talk with Corddry during his visit to our country, to promote the fourth season of this HBO production.

Throughout its broadcast season, this series has reaped success after success showing the adventures and difficulties that the characters played by Johnson and Corddry have to overcome in a world as competitive and difficult as sports.

When asked why people continually show their support for this series, the one who plays Krutel replied, “You don’t have to be a football fan to enjoy it, but rather than talking about sports, it talks about the other side behind the NFL.” .

Adding that this is successful due to many circumstances that converge and make it a great product, including the presence of The Rock, who has great charisma, in addition to the weapon of sports.

Another of the added values ​​that this production has where we can see great players of the League such as Antonio Brown, Nadamukong Suh or Terrell Suggs, is that behind the cameras and the stories is the figure of Rashard Mendenhall, former running back of the Pittsburgh Steelers, who embodies his experiences in the scripts.

Corddry claims that when he was presented with the opportunity to take on the role of Joe Krutel, he said yes without thinking because he had already worked with the former WWE wrestler, and the idea of ​​sharing a cast with him for seasons excited him.

Speaking properly of Joe Krutel, who embodies him defines him as a great financial advisor but who usually has to face certain difficulties in the personal treatment section. Obviously throughout these seasons the character has evolved to the point that in this fourth season it is he who will make the important decisions. 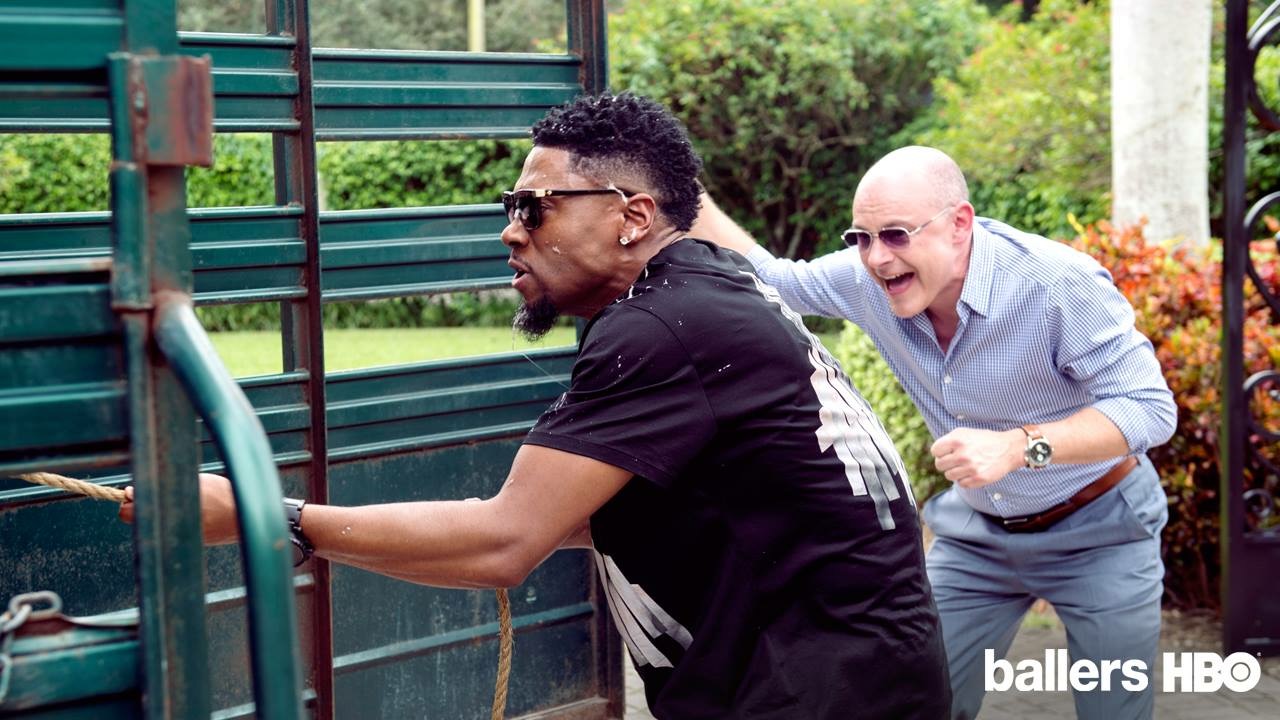 Speaking of this fourth season, the protagonists, after having been in Miami for the first three seasons, decide to move to the cradle of x sports, California, specifically Los Angeles, to find their place in these sports.

In it we see the appearance of great references of this type of sports, such as Tony Hawk, Travis Pastrana or Kelly Slater.

When we asked him what is the best part of playing such an irreverent character as Krutel, Corddry answered without hesitation, “I can say things that in real life I would never do.”

Well, HBO’s Ballers is an option to make a preview for this start of the NFL season or for those sports lovers who want to know that other less glamorous side that financial advice to sports supposes and how they act off the field of play .

Also read: HBO premieres one of the best-known stories in sport: Paterno

Many Thanks To The following Website For This Valuable Content.
Ballers, the series that shows the other side of the NFL